DANA CUMMINGS (FOUNDER/PRESIDENT)
-Dana grew up on a farm in rural Maine, He served 6 years in the Marines including service in Operations Desert Shield and Desert Storm. In late 2002 Dana lost his lower left leg in a car wreck. Four months after his accident Dana learned to surf and then founded The AmpSurf, Learn to Surf program in early 2003, to help rehabilitate the disabled through the healing power of adaptive surfing and the ocean. Dana is a certified adaptive surf instructor and developed the program used by the International Surf Association (ISA) to teach adaptive surf coaches worldwide. Dana is a team rider and member of USA Surfing and has been representing USA Surfing in Global competitions since 2019. Dana is also a three time West Coast Champion and rider in the Western Surfing Association. Dana partnered AmpSurf with the ISA in 2020 to hold the 2020 AmpSurf ISA World Para-Surfing Championships in La Jolla, CA. Dana has been recognized for his work with the disabled and with veterans several times; He has been named a CCN Hero, a California Veteran of the year, and Patriot of the year. Dana also coaches youth sports and has 5 children.

STEVE CARBONIER (SECRETARY)
Steve works as a Data Center Professional providing energy savings and efficiency improvements to data center facilities. Steve joined AmpSurf in 2011 after both his daughters started volunteering the year prior.  He started as a volunteer water helper and quickly became the unofficial director of east coast operations.  He got certified as an adaptive surf instructor in 2014 and was officially brought on to the Board of Directors in 2015.  Under his leadership, AmpSurf New England grew from a handful of events each summer to nine events in four states at seven different beaches. Steve is passionate about helping participants reach their goals on the surfboard, and experiencing the physical, mental, and spiritual power of the ocean through surfing. Steve’s wife Sara volunteers as a beach helper, and his daughters Kate and Annie are both Certified AmpSurf Instructors. 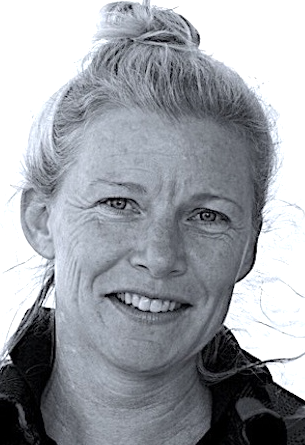 ELIZABETH KELLOGG
Kellogg is a clinician, DEI facilitator, and an educator in the Expressive Arts Therapy graduate program at Lesley University in Cambridge MA. She received her doctorate in Psychology with a specialization in Consciousness, Spirituality, and Integrated Health from Saybrook University in 2017. Kellogg has been volunteering with AmpSurf for over ten years and has been a member of the Board of Directors since 2021.

MATAN LUSHKOV
Matan is a performance coach and leadership consultant living in York, Maine.  Matan grew up around adaptive sports as the son of a combat-wounded military veteran and 2-time paralympian.   As a surfer himself, Matan is an advocate of the value of surfing as a means of increasing self-efficacy and mental flexibility as the ocean provides an ever-changing playing field.  Matan joined the AmpSurf board in 2021 and volunteers in clinics around New England.

JOHN W. ROBERTS
John retired after 40 years of teaching in New York City Public Schools as an AP Health & Physical Education teacher. He also taught college and graduate level classes at Long Island University and Brooklyn College. John grew up in Rockaway Beach, New York steps away from the ocean. He began surfing in 1964 and has over 55 years of surfing experience both locally and abroad. John is an American Red Cross Instructor of First Aid/CPR/AED, is a certified adaptive surfing instructor and has been volunteering with AmpSurf over the past 10 years. He joined the AmpSurf Board of Directors in February of 2019. His wife, Lynn, daughters Genna and Jaclyn, grandsons, Johnny and A.J. all volunteer as AmpSurf helpers in various capacities.

The Store is now live! thank you for shopping with us and helping support teaching people with disabilities to focus on what they can do! Dismiss